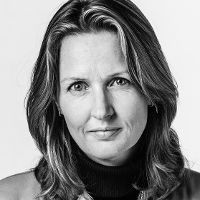 On the agenda of this EGM is among others the performance of the fund and the proposal of the board to discontinue the activities of Triodos Vastgoedfonds.

In 2017, Triodos Vastgoedfonds issued new ordinary shares as part of its growth strategy. The fund raised nearly EUR 23 million in capital at that time. In order to remain an interesting investment opportunity on the one hand and to realise sufficient scale in order to lower cost, on the other hand, the fund must continue to grow. Growing the fund is also important in light of a continuing consolidating real estate market and the challenge to remain a competitive player in within this context. Future growth is only possible through an increase of the share capital. In order to issue new shares, an amendment of the Articles of Association is needed, i.e. raising the  registered capital. During the Annual General Meeting of Shareholders on 25 May 2018, the majority of the present or represented shareholders, representing 16% of the issued capital, voted against the fund’s proposal to raise the registered capital.

Following the decision by the general meeting not to raise the registered capital, the board has reviewed the current growth strategy and investigated alternative options for growth, also in light of earlier mentioned developments in the real estate market. In doing so, the board has, on the one hand, looked at the overall support for the fund in general and the growth strategy in particular, and on the other hand the interest of all stakeholders. This has led to the board’s conclusion that it will not be possible for the fund to realise significant growth in the coming three years. The board holds the opinion that the fund either needs to grow or end its activities. Continuation in its present form is not in the interest of the fund’s shareholders.

During the EGM, shareholders will therefore be asked to agree with the proposal to discontinue the fund. Discontinuing the fund can among others mean facilitating a public bid on the fund’s shares, to sell the fund’s portfolio and/or dissolution and liquidation of the fund. When the EGM votes in favor of this proposal, the board will initiate the process to discontinue the fund.

The documents related to this EGM, including the agenda and detailed explanation, can be found here(under the tab documents, available in Dutch only).