Thomas Harttung, an entrepreneur, farmer, and co-founder of Aarstiderne in Denmark talks about Aarstiderne’s foundational roots, its ambitions, and his vision for sustainable food production and the key role consumers can play going forward.

Over the past two decades, the perception of organic food has shifted from ‘trend’ to ‘movement’. Retail and institutional investors wondered whether the trend was here to stay or whether it was the start of a revolution. Additionally, they asked what it meant for farmers and for private companies interested in propagating this lifestyle. This was the market environment that Aarstiderne faced when it began in 1999 in Denmark. However, amidst the market ambiguity, the company had a clear vision and ambition to change how consumers view and consume food.

Today, Aarstiderne has grown to a business which serves 54,000 customers mostly in Denmark, but also in Sweden. It has expanded the fruit and vegetable box distribution to include meal boxes with measured ingredients, such as: meat/fish, vegetarian, diet, etc. as well as recipes. The company, whenever possible, sources internally from Denmark, but with the expansion of the meal boxes, it now also sources externally, but with a minimal carbon footprint.

Spearheading Aarstiderne is a group of talented and strategic thinkers and doers who are inspired by Thomas Harttung, the co-founder of the company. At an event for Triodos Organic Growth Fund, Thomas Harttung sat down to discuss Aarstiderne’s foundational roots, its ambitions, and his goals for sustainable agriculture.

Why did you decide to cofound Aarstiderne?

"If you put yourself at the disposal of a great idea, wonderful things begin to happen. I never say that I co-founded the idea; the idea found me. Søren Ejlersen and I had invested in each other’s market gardens and had the intention of serving a very local community.

At the end of 1998, we could see everyone was talking about our gardens and our client base even grew to Copenhagen, where we would bring boxes of fruits and vegetables from our gardens. We realised if we were to be successful, we had to create a central management of this idea; we were eager, and had great clients, but the cost to have three gardens became too high. We went from three brands and locations to one name – Aarstiderne (which means ‘The Seasons’ in Danish)."

How has your passion for organic food and sustainable agriculture evolved since the foundation of Aarstiderne?

"My passion has always remained the same, but the idea has evolved. As is, the idea is different today than it was yesterday. The demands and opportunities will change. Hopefully we’ll be a part of this constant evolution."

What were some of the initial challenges Aarstiderne faced?

"There were many challenges. We took huge risks when starting Aarstiderne – we knew nothing about retail or logistics and the operational side was very shaky in our early days. We, of course, thought we would become profitable quicker than we did. The cost of taking in customers and scaling business always exceeded the income we were getting from them. In the early days, when you are taking in many customers, it’s costing you more to set up customers than they deliver.

Consequently, no bank would lend us money because no one knew whether this was a six-month fad or something permanent. I ended up putting my farm up as collateral and feeding the animal. Knowing that this type of financing wasn’t sustainable, we began to look for equity.

The panel and the workshop were given a task of developing a common language on how deals could be made. Triodos Investment Management was also on the panel and from there, we established a great relationship where Triodos became an investor in our business and our financing became more sustainable. Triodos understood that this movement is about doing something that makes sense for the long term."

How has your relationship with Triodos led to innovation?

"If you ask me, our values are very much in line with Triodos Investment Management; therefore, there’s no conflict there between the two entities. Triodos can contribute by being a long-term investor with us and also invest in other like-minded businesses that can contribute to a better common future and increased innovation. By supporting and investing in companies that are on the same journey, we can increase the likelihood of this becoming a very broad movement."

Why was Triodos Organic Growth Fund chosen as co-owner of Aarstiderne?

Moving forward, growth often means expansion into new markets. How do you combine the expectation of international expansion with the need to remain environmentally sustainable?

"We do that by saying we are users of this idea. We don’t own this idea. We have maintained an open door policy from day one. Anyone can come and visit us and we will pretty much tell them anything they want to know and at the end of the day, we challenge them to go do the same. We have no plans to set up businesses in Buenos Aires or in Cape Town or in Beijing. That’s not what we’re about. We’re about the cutting edge of this idea and we found a very good market to be in. Whether we will get involved with projects in the rest of the world is up for debate, but at the present moment, I can’t see us becoming a global brand. I’m sure you could find people in private equity that would love to do that but it’s not part of our plan."

Your dedication towards sustainable agriculture goes further than Aarstiderne; can you expand upon that?

"The two founders of Aarstiderne, the chef and the farmer, very quickly realised there was a limit to our competencies of running a large organisation. We could see that we would get in the way of the idea if we insisted on running the business. We began to plan for our succession early on. None of us wanted to be CEOs of a large company; we wanted to just see the idea flourish.

We went looking for a management team to run the business to take over. From 2005, Søren and I needed to find some serious distraction so that the CEO and management team could get on with running the business. We needed something where we could somehow inspire the thinking and perpetuate the great press attention we were receiving by playing a role in changing things for the better.

Søren went on to write cookbooks and do lots of television and develop new concepts of what we could do. I went down the strategic government advisor road and sit on government commissions and think tanks and get involved in nature conservation. I’d been involved in nature conservation and politics for a while before, so it wasn’t really new for me, but I could spend more time in that capacity. We were both able to pursue work for the greater good.

The most demanding job outside of running the farm is to be the chair of an organisation called the Sustainable Food Trust, which is a UK charity focusing on sustainable food systems globally. I guide their strategic development and fundraise for them."

What about your efforts to advance organic farming in terms of efficiency?

We are increasingly developing new models of agriculture. If you look at what I’ll be doing over the next 2 – 3 years, emphasis will be on developing the next version or template for organic agriculture. From a strategic perspective, the story for the last  ten years has been about mainstreaming organic to make it relevant to the marketplace. This has led to a certain dilution in the standards of the original principles. With the present scale of organic agriculture and the interest from the public, there is actually an opportunity to revisit the more fundamental principles and create an organic agriculture system that is more in tune with the true aspirations and expectations of our customers. If you look at organic agriculture; on average, we are over-promising and under-delivering, but the customers know that we are working to get in the right direction and that the alternative is so much worse. The trust between the customer and the industry becomes eroded if we don’t get our act together and improve upon the systems. The good news is that there’s technology now that can assist us. The industry has had to adopt mainstream technology in order to scale sustainable agriculture, but organic agriculture has now become large enough to develop the technology ourselves. Appropriate technology for organic agriculture will enable the industry to deliver on our consumers’ aspirations."

Do you think its your loyal customers and drive for technological innovation that makes Aarstiderne a market leader?

"In the long term, the answer is yes. We are the market leader because we deliver consistently in improving people’s quality of life and sustainability at the same time. We are very good at creating meal experiences for our customers. We’re enabling people to realise the life they really want to live. Young urban professionals struggle enormously because they love their job and career, but it’s negatively affecting their ability to take care of themselves and their children. They want solutions to get them through Monday to Friday and we deliver on that consistently. As the competition progresses, we will need to stay ahead of the pack. The good news is that our customers will always have more ambitions and we will always find ways to deliver more meaningful solutions that cater to a greater sense of happiness and convenience."

In 20 years from now, what do you expect your and Aarstiderne’s impact will be?

"We will be a very different animal from what we are today. We will still be in the business of making this world a better place and we’ll still be involved in the interface between food production and consumption, but exactly what the business model will be… I have no idea. This interface needs a lot of improvement though. There’s still work to be done. Our global and local food systems need all the help they can lay their hands on." 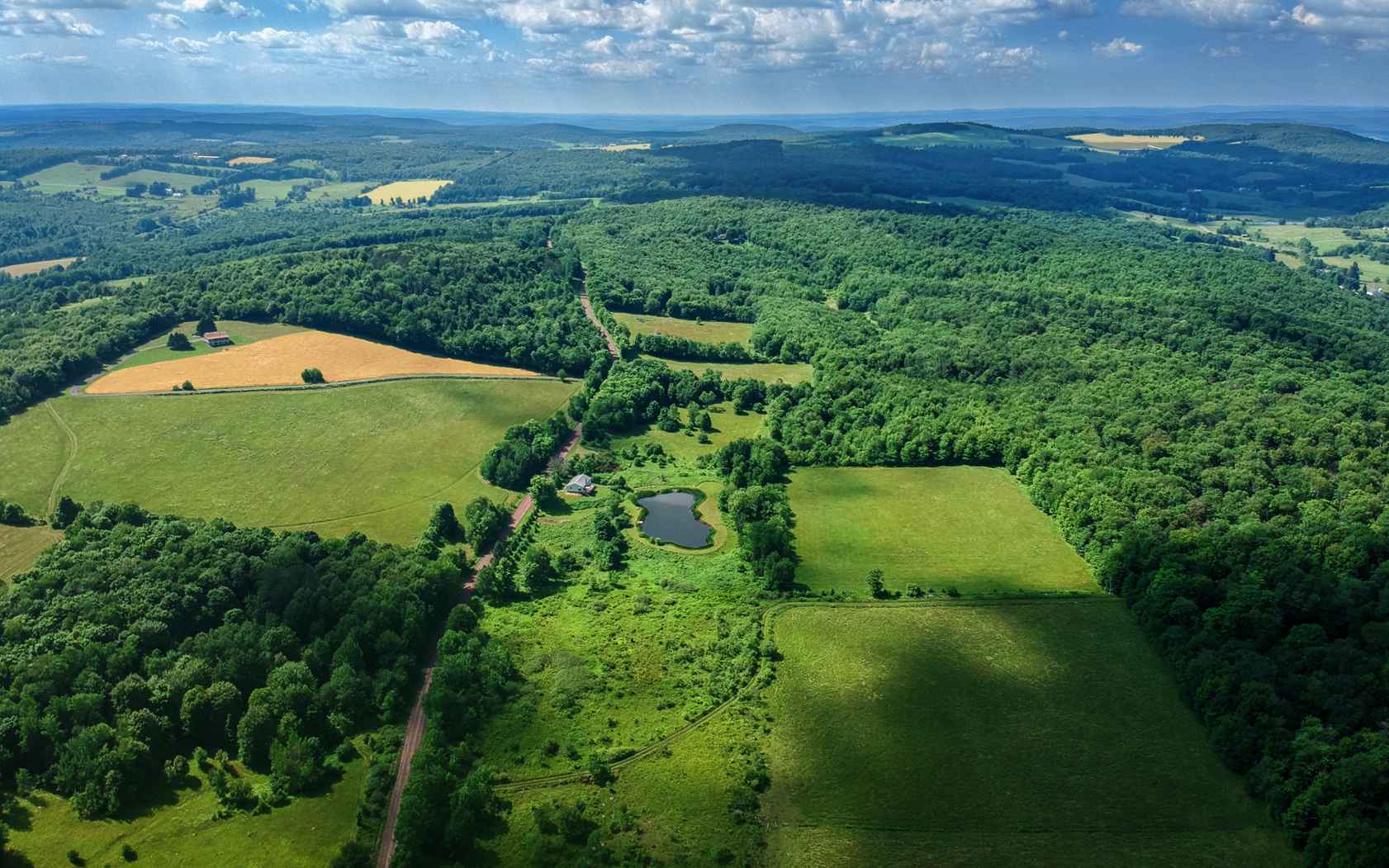 Get a taste of all that impact investing has to offer.